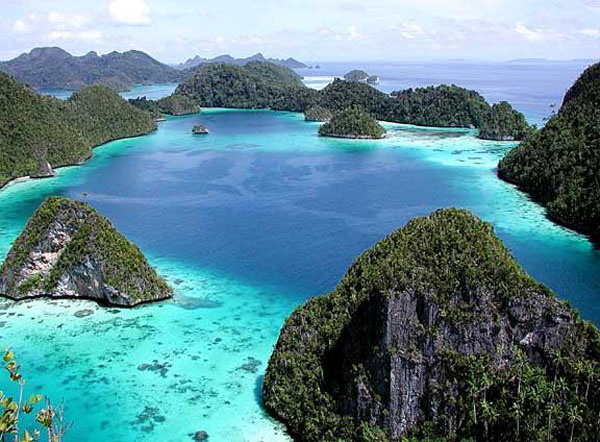 Raja Ampat Regency is part of West Papua and it is the home of beautiful islands. Many tourists even consider it a paradise! When it comes to visiting stunning isles, one of the most popular ones is Waigeo. For some people, the name sounds unfamiliar, but the island has been visited by tons of travelers. These include the foreigners, in fact. Waiego Island becomes tourists’ favorite among the other islands like Salawati, Batanta, and Misool. All of them become the prime tourist destinations when visiting Raja Ampat!

The Nuance
The fact is that Waigeo is the biggest island, as compared to the others. The size is about 3155 km2 and it features various types of landscapes. In the shoreline, tourists are able to find beautiful beaches with its white sand. Not to mention the seawater is crystal clear! The island is also covered by dense trees, creating a comfortable nuance for tourists. Another important thing is the region, as the island is divided into different regions based on the location. These include North, South, West, and East Waigeo.

Exploring Waigeo Island
Most tourists come to Waigeo Island for its stunning beach. That means snorkeling and diving become prime activities there. According to the locals, there are about a thousand of fish species living in the sea. Not to mention the corals are quite mesmerizing. Apart from visiting the beaches, tourists should visit the whole part of the island. First, it is the North Waigeo. It is known for its Suling Tambur, which is the local art performance. The locals often perform it during special events like religious holidays, Indonesia’s Independence Day, etc.

The next destination is South Waigeo, which is famous for its diving spots. One of the best locations for diving is called Kabui Cape! That location features karst islets and caves, on which visitors can explore. There is even an ancient skull, situated in that location. For further activities, there is birdwatching in Sawinggrai and enjoying beautiful sea scenery in Sawandarek Beach. Not to mention the island features some local settlements, offering entertaining traditions to visitors.

Next, it is West Waigeo. In this region, tourists can explore Wayag Island, which is famous for its Karst landscape. That region is also famous for its jaw-dropping nature scenery! What about East Waigeo? The most interesting attraction is the local dances and the nature phenomenon called “Hantu Laut”. This is available in Urbinasopen Village and becomes the prime lure of West Waigeo. In a nutshell, exploring Waigeo Island is quite tiring due to its size. Still, it is a worthy effort as tourists have many options of attractions and fun activities to do there.

How to Get There
The prime destination is either Sorong or Waisai City. The first option is considered the most popular, though. For those who come from Jakarta, an airplane is the best transportation choice and the destination is Domine Eduard Osok Airport, which is located in Sorong City. As an alternative, they can take an airplane and reach Marinda Airport in Waisai City. From there, they can take a ferry or speedboat to Waigeo Island.